Though this photo was actually submitted by a guy in Borneo, Malaysia – thanks Ryzal Manan! – this Banded Krait looks exactly as one in Thailand might look so I wanted to share the image with you.

This snake is quite deadly – and should be avoided at all costs. Yellow Banded Kraits and Malayan Blue Kraits – and the other kraits in southeast Asia tend to bite people that are sleeping on the floor or ground – or in their beds. For some reason the kraits end up in bed with victims a lot.

The dangerous kraits can be identified rather well if they are adult, because they are thicker than the wolf snakes or bridle snakes in Thailand that they resemble. A mature krait is as thick as your wrist, or a thick shovel handle. If you look at the white and black bands – you can see – they are very thick in comparison to wolf or bridle snakes – an inch or more in thickness.

Though this isn’t always a good identifier in all cases because the many-banded krait can have thinner white bands, and more of them than the krait pictured above.

Be careful with any snake that looks anything like this snake!

Thanks again Ryzal Manan for the photo. Ryzal said this krait was seen at about 1:00 am. 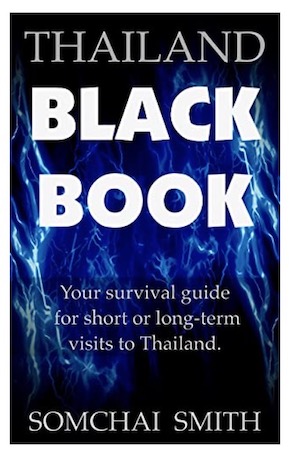