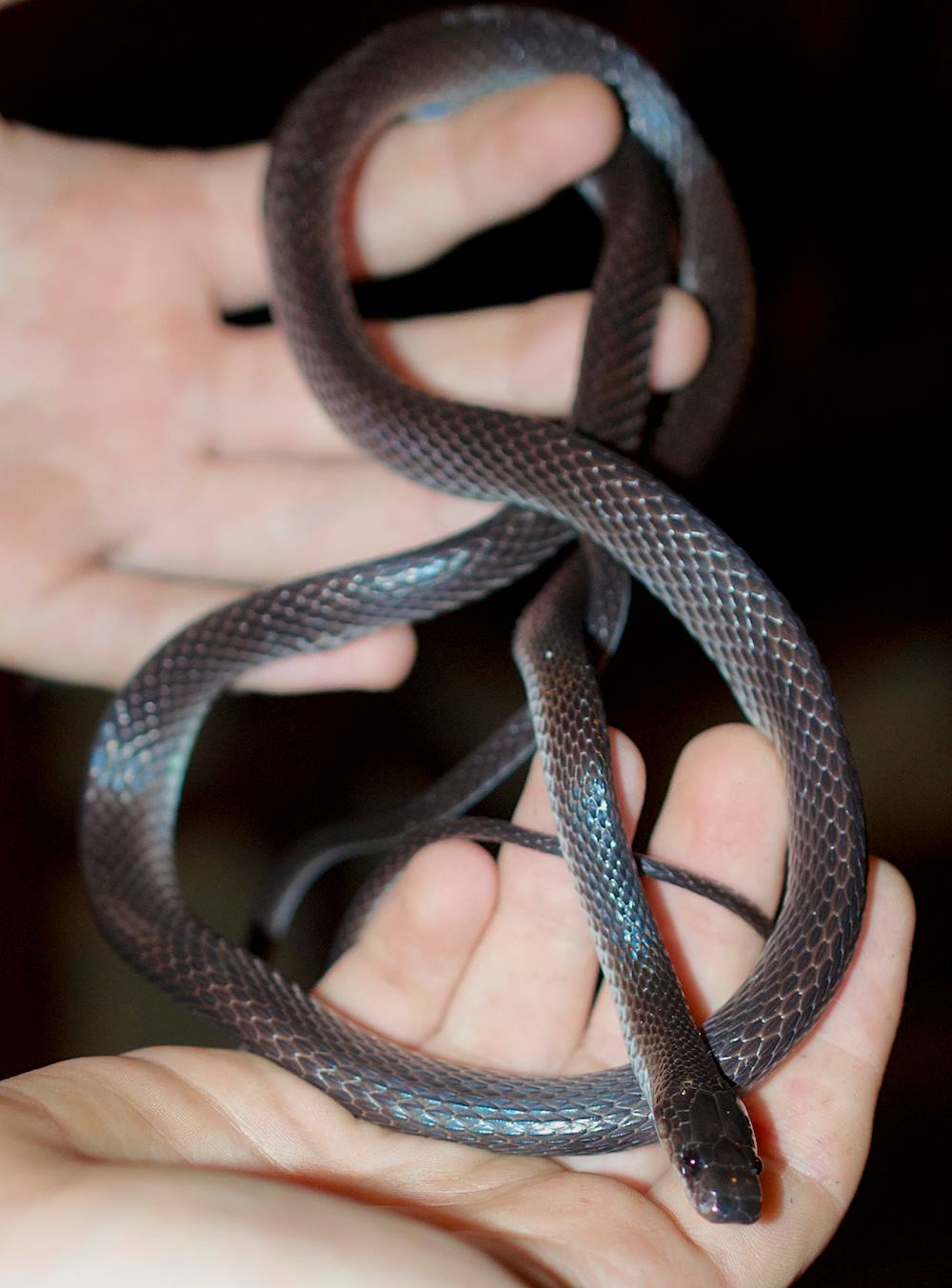 In addition to completely black snakes, there are black snakes with bands across the body (like a belt). We’ll list some of the common snakes like this below.

There are three black snakes with red heads in Thailand. You’re not likely to see any of them, but we’ll mention them anyway.

Black Snake in the United States?

The University of Florida has published a fine resource on black snakes in the Southeastern USA. Instead of repeating all of their information, you can see their web page of the PDF here. Or, download their Black Snake PDF here. If you cannot find it, we have a copy of it here.

We will link to images of the snakes below as soon as our preferred resource, Toxinology.com is back online.